For a financial statement audit the overall objective is to gather enough audit evidence to be able to issue an opinion, on management assertions.

Phases of the work One way to describe these are through the below six items,

Test of Controls or Substantive Testing?

Test of controls
This means testing the clients procedures. For instance, a fundamental element of internal control is the segregation of certain key duties. No employee should be in a position both to perpetrate and conceal errors or fraud in the normal course of their duties. In general, the duties to be segregated are:
– Custody of assets.
– Authorisation or approval of related transactions affecting those assets.
– Recording or reporting of related transactions.

The Final Results – The Audit Evidence

The audit evidence needs to be sufficient and appropriate for the opinion issued… relating both the quality and quantity of evidence.

Quality is evaluated at four levels (with highest first)

Two take away points:
– More quality means less quantity, all things equal!
– If it’s not documented it is not done!

Please find below an illustration of the audit process: 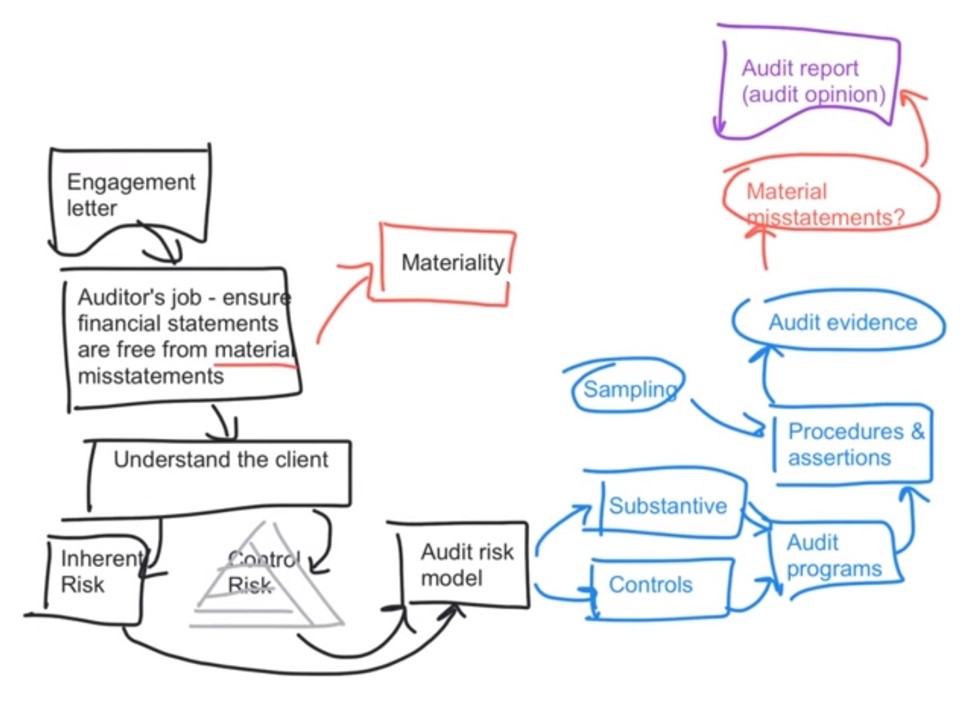