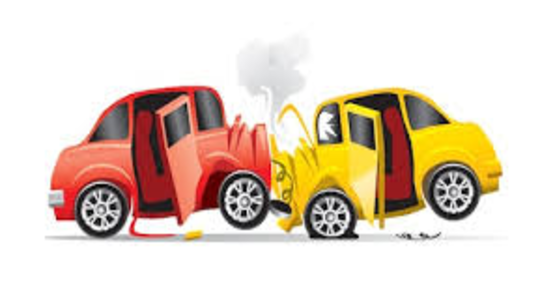 Since setting reserves is about estimating future events there will always be uncertainty involved and the process will at some stage require the use of professional judgment.

The process of claims reserving tend to involve insurers, actuaries, accountants and consultants, amongst others.

“A stochastic model is a tool for estimating probability distributions of potential outcomes by allowing for random variation in one or more inputs over time. The random variation is usually based on fluctuations observed in historical data for a selected period using standard time-series techniques.”

Its basic purpose is to estimate the cost of claims ultimately paid out of the business written to date. As such, it is concerned with the outcome of future events, and must therefore remain part art and part science.

The contribution of the actuarial profession is, and will continue to be, to strengthen the understanding and the scientific part of the analysis to the utmost degree possible.

An accountant’s view would probably be that the best estimate of the outstanding claims must be made. This might be defined, perhaps, as the position in which there is a 50% chance that the estimated amount will be exceeded by the actual numbers. But the course is an insecure one, since an adverse out-turn could soon push the company towards insolvency.

More satisfactory would be to take as the claims reserve a figure sufficiently large, that is fairly unlikely to be exceeded by the actual cost — say with a chance of 10% only, rather than 50%. Such conservatism will dampen the amounts immediately available for distribution to shareholders, but is likely to be in the better long-term interests of the company. Nota bene, what may appear as common prudence to the finance director or the policyholder may be deemed overprovision by the tax inspector.

The supervisory authority in turn is concerned essentially to protect the interests of the policyholder. Hence its emphasis is not on profitability or tax integrity, but on solvency itself. The existence of the contradictory requirements above poses a dilemma when it comes to reserving.

Another purpose is the one for pricing. Every company should establish and maintain a sound financial basis for writing future business, by sound underwriting and by setting premiums at an appropriate commercial level having regard to the three major elements of claims costs, expenses and investment income.

Regarding premium rates, if they are set and kept too low, then eventually insolvency will follow. And if they are too high, then market share will be consistently lost to more aggressive competitors.

General insurance embraces a wide variety of contracts and covers. For practical reserving purposes it may be prudent to be aware of the effects of these variations, but the present discussion is confined to the chief types of business and their main characteristics, and how the reserving process may be affected by them.

To begin with, it is useful to have a general classification of the field. This is one example:

In general, the main classes will not be homogeneous in the range of risks they cover, although this will vary with the particular business mix of the company in question. An important issue with all classes, therefore, is whether it is necessary to subdivide for reserving purposes.

Other dimensions are also important, which cut across the above classification. Thus, it is useful to separate personal and commercial lines; and to distinguish the primary, or direct, market from reinsurance or the London Market.

The London Market specialises in writing those risks that are too large for the smaller direct insurers to handle. A significant part of this business relates to overseas risks. In view of the size of the risks involved, much of the business is written on a co-insurance basis, spreading the risk amongst several insurers.

Next, some details on the lines of businesses,

Formerly designated “Personal Accident” in the statutory classification, this is essentially a personal rather than commercial type of insurance. Typical examples in the class would include holidaymakers taking out travel insurance, or families buying cover for private medical treatment. From the statistical point of view, personal lines have useful characteristics — i.e. a large number of policies are issued on relatively similar risks, which gives homogeneity to the class.

In spite of its ready familiarity, motor insurance is not a simple type. Thus, a UK comprehensive policy will cover property damage, third party liability, and possibly consequential loss as well. If homogeneity of data is the aim, the reserver may wish to analyse comprehensive business separately from third party only. They may also wish to isolate the physical damage from the liability element in the comprehensive class. Such refinements are not always possible in practice, however, and it is more important to make the most of the available data than to chase theoretical perfection.

Another source of heterogeneity in motor insurance is the difference between private cars and commercial vehicles.

Like motor, these classes of insurance are hybrid types, comprising both physical damage and general liability. They are particularly (though not exclusively) associated with Lloyd’s and the London Market.

This is a major class of insurance, in which the central cover is given against damage by fire. But the cover will normally be extended to many other perils, such as explosion, storm, flood, theft and riot. The important characteristic from a reserving point of view is that the run off of claims will be relatively brief in elapsed time. The reason is that property damage is very evident in its nature, and relatively straightforward to assess. Classes of business with such a short run-off period are commonly described as short tail lines.

For the reserver, it is in the liability class that the most profound problems are likely to arise. If property damage is taken as the typical short tail line, then general liability exemplifies the long tail side. The most notorious example is that of industrial disease claims resulting from exposure to asbestos. At the time that much of the insurance was written, the danger was unknown.

Pecuniary Loss is a very heterogeneous class of business. The main risk classes include mortgage indemnity guarantee, fidelity insurance, and the unemployment peril in creditor insurance. It may also include consequential loss (e.g. following fire damage to property), according to individual company practice. In general, the experience is likely to be affected by the state of the overall economy. Claims may therefore exhibit behaviour consistent with that generated by a catastrophic event, rather than as an accumulation of independent risks.

It should be noted that reinsurance, of its nature, will lead to longer run-offs for all classes than will the writing of direct business. The reason is simply that there are more steps in the chain to be completed before accounts can be finally settled.

Delays in the original reporting of claims, in the communications between broker and underwriter, and in the completion of complicated settlements across international boundaries, all add to the effect.

In this Introduction we shall give a brief overview of what the claims process in insurance entails, and how the problem of reserving arises. We may start by supposing that we have a “risk” situation, associated with an insurance “cover”. The essential features are that there is a person or corporate body, whose financial condition is directly affected by the occurrence of certain “events” occurring over a defined period of time.

An obvious example would be an individual with Private car insurance who would suffer repair costs following an accident causing damage to their vehicle. If an insurance cover exists, an event occurring under the cover will give rise to an insured loss, which subsequently becomes a claim on the insurer. 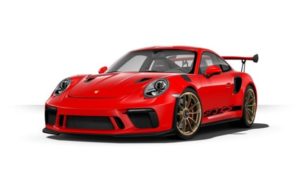 Typically there will be some delay between the event giving rise to the claim (the crash), and the ultimate settlement of the claim with the insured.

In the case of a Motor claim, this delay from event to settlement may stretch from a number of days to several years, depending upon factors such as complexity or severity of the claim.

Other significant dates are involved in this process. Following the occurrence of the event, a significant date would be the date upon which that event becomes known to the insurer. There can be circumstances where a considerable period of time may elapse between the occurrence of an event and the notification of a claim to an insurer (for example, when a Yacht is damaged in harbour, but the damage becomes fully evident only when she is dry-docked at some later date).

The delay between event and settlement dates means that the insurer must set up “reserves” in respect of those claims still to be settled. The reserves required at any time are the resources needed to meet the costs, as they arise, of all claims not finally settled at that time. The insurer must be able to quantify this liability if it is to assess its financial position correctly.