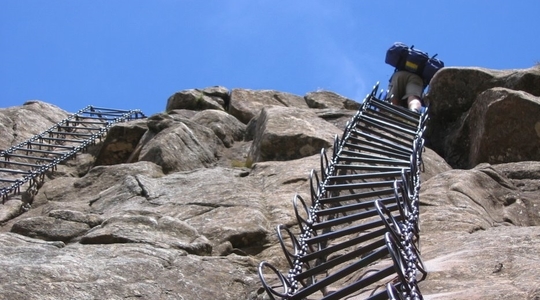 The Chain-Ladder is an reserving technique often used to predict future claims for an insurance company.

It uses run-off triangle of paid or incurred losses. There are several considerations as not to distort the numbers, for instance changes in premium. This subject can be made arbitrary complex however for the purpose in this text we assume that this has been handled and we focus on the practical steps to be taken,

The claims might be listed on an accumulated basis or a year-by-year basis. Let’s assume that the above table has the accumulated paid claims.

The basic idea is to calculate development factors. They represent growth (usually an increase) from one year to the next.

As a heads-up below or some reasons why the observed claims patterns may need further consideration before applying the Chain-Ladder method:
 Changes in product design and conditions.
 Changes in the claims reporting, assessment and settlement processes.
 Changes in the legal environment.
 Abnormally large or small claim settlement amounts.